People are dancing all around the world, especially on April 29th every year – the International Dance Day! Nacho Duato sends you a message and wishes everybody a moving day of dance!

Our new video introductions give you a brief overview of the production and its peculiarities. You get background knowledge which will help you in preparing for the #performance and draws your attention to the key moments of the ballet evening. We start with “Duato | Kylián” and hope you enjoy our new video format! Your next chance to see the triple bill on stage is already tonight and there are seven more shows in the season. Get tickets here. 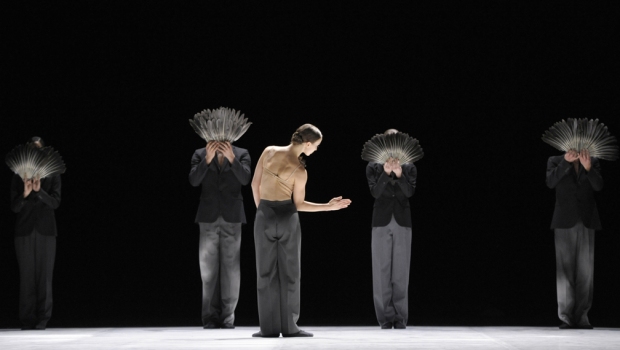 This ballet-evening is composed of works of three of the most significant choreographers of our time. Nacho Duato’s creation ARCANGELO is a choreography which had its world premiere in 2000 and which is one of the master pieces of the Spanish choreographer. William Forsythe’s HERMAN SCHMERMAN is from 1992 and is nowadays in the contemporary repertory of many classical companies. Marco Goecke, whose choreographies are shown all over Germany, developed a world premiere for Staatsballett Berlin for the first time: AND THE SKY ON THAT CLOUDY OLD DAY
ARCANGELO

AND THE SKY ON THAT CLOUDY OLD DAY

2:10 h | 2 intermissions
45 minutes before each performance (except premieres), there is an introduction in the opera house.
It is prepared and moderated by students of the institute of dance studies (Institut für Tanzwissenschaft) of Freie Universität Berlin.

Nacho Duato conducts audition at the Staatsballett Berlin for his first season as artistic director in 2014/2015.