Tschaikovsky’s stirring melodies set the stage for the eternally affecting SWAN LAKE, featuring a poignant story of an enchanted Swan Queen and the devious manipulation that leads to her innocent heartbreak.

In this double bill, which is named after the two choreographers whose works will be staged, Benjamin Millepied, the celebrated choreographer of the blockbuster movie “Black Swan” and until recently the Aristic Director of the Paris Opera Ballet, will present one of his pieces in Berlin for the first time:  “Daphnis et Chloé”, which is set to Maurice Ravel’s “symphonie chorégraphique” with the same name. With this one-hour-long piece, Millepied introduced himself to the Parisian public in 2013. In Berlin, his ballet will be having its German premiere.

The story of the ballet can be summed up easily: Inspired by the Greek epigraph of Longus the adventures of Daphnis and Chloé are told: the discovery of their love, the appearance of the seductive and disturbing Lycéion, the tricks of the malicious Dorcon, the kidnapping of Chloé by Bryaxis and the pirates, the intervention of the nymphs and the god Pan, and the happy ending in which the young lovers are finally united.

For the piece, the French artist Daniel Buren has designed a geometric color scheme that transforms the bucolic landscapes in which the ancient story about the two foundling children is originally set into a reduced but intense aesthetic. Large stripes, squares and circles give the dancers a tension-packed frame, which they, clothed in colorful costumes, bring to life with a classic movement language.

While Millepied’s “Daphnis et Chloé” shines just like the sun on the first day of a promising summer, Jean-Christophe Maillot’s piece “Altro Canto” from 2006 appears rather solemn and almost liturgical: In ever new constellations more than one hundred candles (stage design by Rolf Sachs) illuminate the otherwise empty stage space while we hear baroque compositions by Monteverdi, Marini, and Kapsberger.

The longtime director of the Ballets de Monte-Carlo in the Principality of Monaco is particularly interested in the flickering of the candles, the effect whose magic captures the moments between light and darkness, in which the bodies for a short glimpse solidify as statues and a new perspective on movement becomes possible. At the same time, the flickering is to be understood – in the sense of a tremor – as a continuous movement from one emotion to the next.

To this contrast between light and shadow, fragility and monumentality Maillot also adds the fundamental duality of the sexes, which is also set into movement by this choreography. Fashion Grandmaster Karl Lagerfeld has designed matching costumes: On stage, men wear skirts, women wear are trousers, everybody is wearing everything quite naturally – but never in the way of a foolish travesty, but always with refined elegance. And so the necessary tension is evoked that creates the space for that special resonance which unfolds its mysterious charm in the space “in-between”.

The double bill “Maillot / Millepied” is an hors d’œuvre for the varied French ballet tradition, which has found a wonderful contemporary expression with the two choreographies “Daphnis et Chloé” and “Altro Canto”.

Giuseppe Verdi’s Messa da Requiem is not only a musical prayer, but also a vision of the afterlife and the drama of Judgement Day that is rich in imagery. The musical requiem mass was created in two stages. Initially, Verdi wrote a Libera me as part of a collaborative composition in memory of Gioachino Rossini, who had died in 1868. Due to the death of Italy’s national poet, Alessandro Manzoni, in 1874 Verdi expanded his section of the Rossini requiem, which had not been performed, into a full-scale requiem. The piece became a permanent feature in the concert repertoire as soon as it was premiered. What continues to fascinate audiences about the Requiem to this day? Verdi provides a human answer to the Latin liturgy by capturing the hidden drama of these texts and exploring the greatest secret of human existence: death. With the propensity for musical drama with which we are familiar from his operas, he conjures up terrifying images of death, the end of time and damnation, and creates gigantic emotional tableaux: of fear, anger, pain, sorrow, and the yearning for redemption. Even if Verdi simply follows the text of the Catholic liturgy, the musical structure goes beyond the basic, Christian idea of death and resurrection to include other interpretations. The powerful imagery of Dies irae in particular inspires Verdi to unsettling visions of death.

In a large-scale collaborative ballet and opera production, Christian Spuck brings a theatrically choreographical interpretation of Verdi’s Requiem to the stage. With Fabio Luisi at the rostrum and the soloists Krassimira Stoyanova, Veronica Simeoni, Francesco Meli and Georg Zeppenfeld, Spuck will have a top-class Verdi ensemble at his side.

This is an original short film for the world premiere production of Justin Peck’s “In the Countenance of Kings” at San Francisco Ballet. The ballet is a part of the 2017 Season’s Program 1, and features music by Sufjan Stevens. 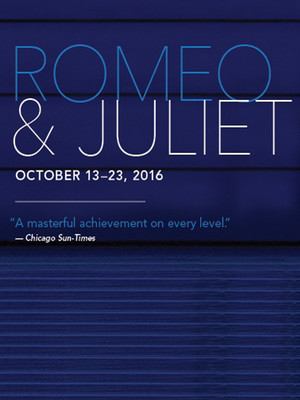 Meet the casts of Romeos and Juliets as the Joffrey prepares to open the critically acclaimed ballet – Romeo & Juliet by Krzysztof Pastor, October 13-23, 2016 at the Auditorium Theatre in Chicago.

According to legend, it must have been a dark winter day in the late 1960s, on which George Balanchine was swept away by sparkling jewelry, which he saw in a shop window on New York’s fancy 5th Avenue. And what did the successful choreographer do? Rather than simply to buy the beautiful diamonds, rubies, and emeralds, he was inspired by their splendor to create a new ballet, which he named “Jewels”.

“Jewels” is a neoclassical full-length ballet and yet has no plot. However, “Jewels” is neither an abstract ballet, at least not in the eyes of George Balanchine: “Storyless is not abstract. Two dancers on the stage are enough material for a story; for me, they are already a story in themselves”. Having no plot, “Jewels” rather wants to seduce the senses by a perfect combination of music and movement.

According to Balanchine, the first lyrical part of the ballet named “Emeralds”, set to music of Gabriel Fauré, shall evoke 19th-century France with all its elegance, high-fashion and refined perfumes. Following this logic, the second part called “Rubies” might then represent the energetic America of the Jazz age. For this part Balanchine chose the fiery music of Igor Stravinsky. Set to the music of Peter I. Tchaikovsky, the third part, “Diamonds”, might reference the elegance and opulence of the ballets of Tsarist Russia. Hence, “Jewels” then does not only highlight different chapters of the history of dance, but, moreover, also important stages in the life of Balanchine, who had emigrated from Russia via France to the United States.

It is no secret that George Balanchine loved women. They dominate most of his choreographies. The virtues of his ideal dancers are strength, speed, precision, and balance. “Jewels” showcases these virtues spectacularly and celebrates them in the form of a parade of beauty. Balanchine’s probably most famous quote is: “Ballet is a woman”. For Balanchine dance is foremost a feminine subject: “In my ballets, woman is first. Men are consorts. God made men to sing the praises of women. They are not equal to men: They are better.” Today, this mindset might seem a bit dated, but, knowing this, it is hardly surprising that Balanchine was married to four of his picture-perfect ballerinas. And one can almost see in “Jewels” a dancers’ competition for the attention of the spectator using their virtuosity and the language of dance to flirt subtly with the audience, just as if it were the charismatic choreographer himself.

Created in an extremely stylish era, in which Audrey Hepburn seduced America on the silver screen and Andy Warhol stirred up SoHo galleries with his ground-breaking pop art, “Jewels” has since then become a timeless classic itself. With a new set design especially created for Staatsballett Berlin by Pepe Leal and new, tasteful costumes by Spanish fashion designer Lorenzo Caprile, this particularly noble gem of dance comes in a new decor, which can only be seen in Berlin. And one thing is certain: This made to measure ballet gem will in particular – but not only – delight lovers of classical ballet!

Fear, vulnerability, passion – the dark extremes of human emotions dominate the three works of the ballet program “Duato | Kylian | Naharin”. While “Castrati” by Nacho Duato revolves around the fear of an aspiring singer before castration, Jiří Kylián’s “Petite Mort” deals with the aggressive as well as the vulnerable sides of sexuality. “Secus” is an abstract work by Ohad Naharin, based on power, extremes and raw meat. 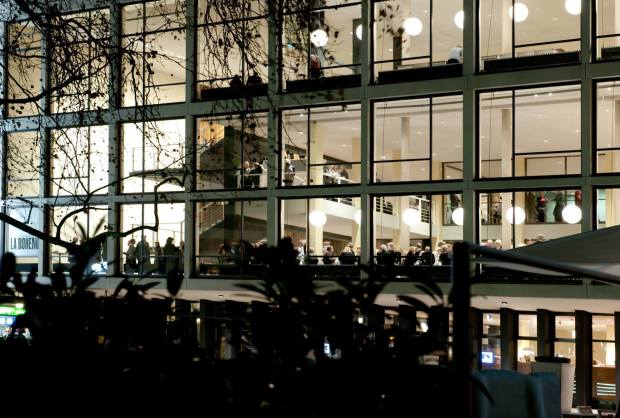 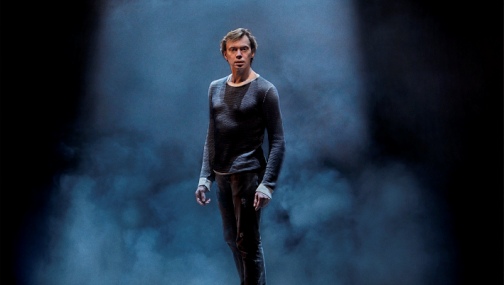 In the great, international world of ballet, gala events play an important role: they are a meeting place for the elite of the dance world; they are glamorous social events, and they serve as a melting pot for the new and the traditional, for young talent and big stars. Many trends which have shaped the history of ballet had their origins in a gala programme. The fact that dance in general, and ballet in particular, is traditionally imbued with a love of display may explain the success which is always enjoyed by the ballet gala MALAKHOV & FRIENDS. A theatre evening could hardly be any more ingenious, entertaining, or surprising. The mix is the thing: a rediscovered piece of bravura ballet may stand alongside a première performance, but both pieces immediately reveal to the audience the pure energy of dancers who are masters of their art form.

In January 2014, the gala MALAKHOV & FRIENDS will be dedicated to the 10-year jubilee of the Staatsballett Berlin, which was founded under the theatrical management of Vladimir Malakhov in January 2004 as part of the Stiftung Oper in Berlin (the Opera in Berlin Foundation).